If you’re currently vaping nicotine-based products and are considering delving into the world of CBD, you’re likely to have a number of questions, such as:

In this article, we’ll answer the burning questions above and shed some light on other areas of CBD consumption.

Nicotine is an organic compound and the principal alkaloid of tobacco; an alkaloid being one of a group of organic compounds that have significant physiological effects on humans. Nicotine is found in the tobacco plant – especially in its leaves. Despite being one of the plant’s limited number of liquid alkaloids, it makes up 5% of the plant’s weight.

Nicotine is an odourless, colourless, oily compound in its purest state, and only exhibits a brown hue and strong tobacco odour after being exposed to light and air.

Inherently addictive, nicotine curiously exhibits polarising psychoactive effects; short inhalations cause a stimulant effect, while long, deep draws can have a tranquilising effect. However, it’s highly toxic when ingested at large doses, with symptoms like nausea, headaches, and vomiting being common.

Now we know the basics about nicotine, let’s look into its vaping properties. 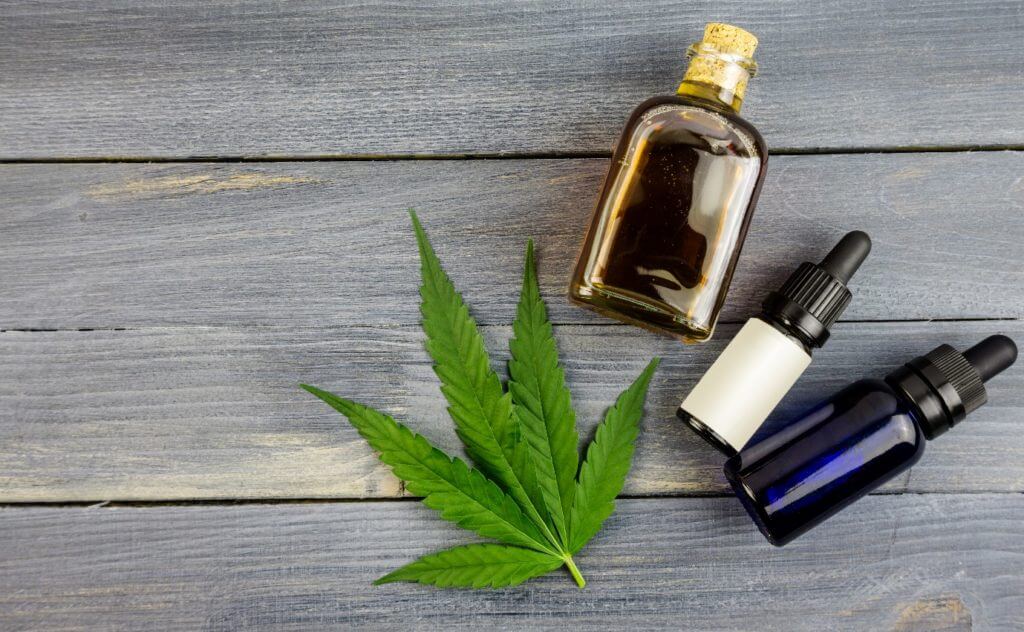 The second most abundant cannabinoid in the cannabis plant, accounting for around 40% of the plant, CBD has the ability to influence a multitude of cannabinoid receptors in the body.

Although studies centred around the compound are still in early stages, initial findings and anecdotal evidence seem to point towards CBD having positive effects on the symptoms of ailments such as chronic pain, epilepsy, depression, anxiety and cognitive issues.

When CBD vapour is inhaled, the plant’s organic compounds enter the bloodstream before reaching the brain. This means it’s one of the quickest ways of getting CBD’s potential benefits and it’s one of the reasons that CBD vaping has proven to be popular. CBD e-liquids come in a wide range of flavours and strengths, and often contain other cannabinoids too.

Can you replace nicotine with CBD?

While CBD research is still in its infancy, there is promising evidence that this may indeed be the case. A double blind placebo study published in the medical journal, Addictive Behaviours, found that participants treated with CBD reduced their cigarette intake by 40% over seven days, while the placebo-treated group showed no differences in the number of cigarettes they smoked.

Can you mix CBD with nicotine e-liquid?

In short, yes; but it’s not encouraged as nicotine e-liquid will dilute the CBD extract. It’s also a process that should only ever be undertaken by someone with experience mixing e-liquids, as not all types are compatible with each other and you could easily cause damage to your vape device, or simply waste your CBD products.

Additionally, CBD oil drops designed for sublingual use and e-liquid should never be mixed. CBD products intended for oral intake use a carrying agent such as olive/coconut/hemp/MCT oil that simply doesn’t mix with the vegetable glycerin (VG) found in e-liquids. These oils are not designed to be heated, unlike the VG used in e-liquids which are capable of producing vapour and a ‘throat hit’ that simulates conventional smoking.

How to start vaping CBD

It’s simple to start vaping CBD and it doesn’t take much to get yourself going. All you’ll need to kick things off are a CBD vape pen or starter kit and a suitable CBD e-liquid at the appropriate strength for you.

The process of vaping CBD is very similar to vaping nicotine based e-liquids – just fill your vape pen’s tank with e-liquid, make sure it’s charged up, and use the button to start vaporising the e-liquid.

Posted in Blog.
Share
Previous How Long Each Method Of Taking CBD Takes To Work
Next Everyday people who take CBD every day